Following a report from our Treasurer, the trustees of Tourism Concern have taken the difficult decision to close the charity. The vote was unanimous.

The charity has struggled financially for a number of years and cut costs to the barest minimum but despite the best efforts of talented executive directors and generations of enthusiastic and committed trustees, the battle for financial survival has been lost. Funding from charitable foundations, which sustained us in the past, is no longer available in these difficult times and income from membership fees has not been sufficient to allow Tourism Concern to pursue its charitable aims as the trustees would like. The trustees were determined that Tourism Concern should not become a zombie charity, raising money simply to exist.

Next year would have marked our 30th anniversary and we would like to pay tribute to the founders for their passion and foresight and to thank the charity’s directors, volunteers and past trustees for their commitment and many achievements, of which perhaps the most significant has been to project the principles of responsible tourism into the mainstream conversation.

We would also like to thank Tourism Concern’s loyal members and supporters who have contributed so much through all these years, not only towards the achievement of the charity’s goals but also to the promotion of responsible tourism around the world.

The trustees are particularly indebted to our manager, Lidia Hejja, who has valiantly kept the organisation afloat in recent months. We have nominated a charity with similar objectives to receive any outstanding funds. 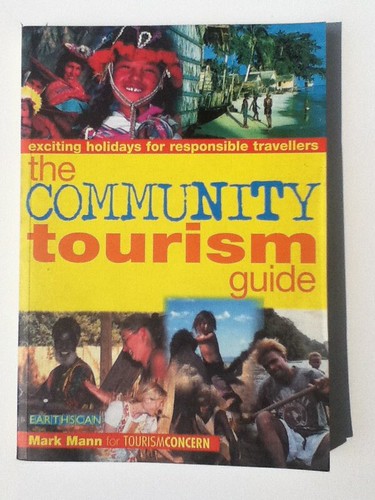 Embedded Tweets
It’s 2019, and 100 days since the trustees announced Tourism Concern’s closure in a written statement. But still no word of how they intend to carry out their apparent intention of passing on TC resources and website content…

It's 2019, and 100 days since the trustees announced Tourism Concern's closure in a written statement. But still no word of how they intend to carry out their apparent intention of passing on TC resources and website content… https://t.co/YjS3M9EFda