Wikipedia: The United Arab Emirates (UAE; Arabic: دولة الإمارات العربية المتحدة‎ Dawlat al-ʾImārāt al-ʿArabīyyah al-Muttaḥidah), sometimes simply called the Emirates (Arabic: الإمارات‎ al-ʾImārāt), is a country in Western Asia at the southeast end of the Arabian Peninsula on the Persian Gulf, bordering Oman to the east and Saudi Arabia to the south, as well as sharing maritime borders with Qatar to the west and Iran to the north. In 2013, the UAE’s population was 9.2 million, of which 1.4 million are Emirati citizens and 7.8 million are expatriates.

Elsewhere on the Web
Politico 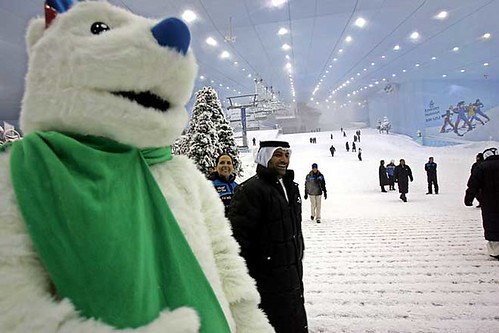