Elsewhere on the Web
gettysburg.edu/civil-war-institute

The Corpus of American Civil War Letters Project (CACWL), which we also call “Common Tongues,” is a collection of thousands of letters written by Civil War soldiers who wrote “by ear.” Instead of writing grammatically-correct English, these “transitionally literate” men used the alphabet to capture the sounds words made when they spoke them. The letters have been painstakingly collected by Professor Michael Ellis of Missouri State University, and the result is a linguistic bonanza: a body of evidence that captures the dialect and pronunciation of the under-educated classes of the Civil War generation. The CACWL is a bonanza for historians as well. Almost all of these men were army privates, and their letters reveal a great deal about the lives and motivations of the Civil War’s common soldiers. Ellis has also produced a new book devoted to the collection’s North Carolina soldiers and their usage of English.
private-voices

Quotable
The Civil War wasn’t just North vs South. It was the entire hemisphere @DavidHayesBauti 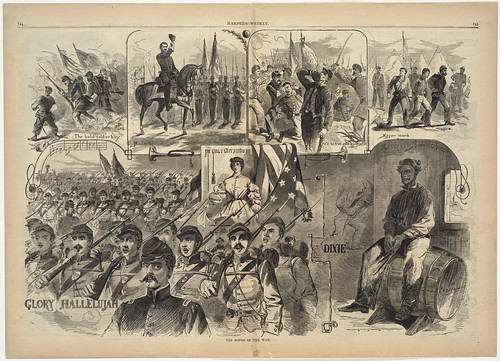