The Central Asian nation Uzbekistan shares borders with Kazakhstan to the west and to the north, Kyrgyzstan and Tajikistan to the east, and Afghanistan and Turkmenistan to the south. A former Soviet republic, Uzbekistan became independent in 1991. The capital city is Tashkent. 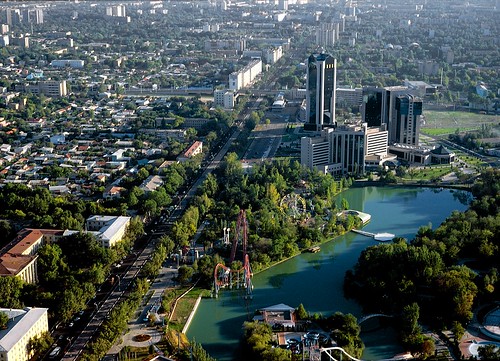