Among our Las Vegas faves, the place where Las Vegas began, the Old Las Vegas Mormon Fort State Historic Park, 500 East Washington Avenue in downtown. Entrance fee is $3 and free for those under 12 years of age. Tue-Sat 8am-430pm. Recommended for history fans. The fort is on the Old Spanish Trail.

The site of the first permanent European settlement in the Las Vegas Valley. The fort is an immersive, closed and open-air museum environment, complete with requisite displays, gift shop, remains of the 1855 adobe fort, gardens (!), and a replica of the original springs.

What impresses me most are conversations with staff. The park rangers are first rate explainers. I’ve always learned as much in conversation as I do the dioramas. Keep an eye out for announcements of community events, dutch oven cooking demonstrations, and tastings of Indigenous foods, including Navajo Tacos.

Friends of the Fort: The old fort is on the Old Spanish Trail. The site was first settled by native Paiute people. Traders, emigrants, and gold seekers used the Old Spanish Trail to make their way to California. In June 1855 30 Mormon missionaries arrived from Utah and built an adobe fort, the first permanent structure in the Las Vegas Valley. In 1865 Octavius Gass bought the site and developed a large-scale ranch. Later the ranch was passed to Archibald and Helen Stewart. After Archibald’s death in a sun fight, Helen continued to operate the ranch and later sold it to the railroad. Friends of the Fort helps support programs and activites that share the history of the Paiutes, Mormon Pioneers, Helen Stewart and the early years of Las Vegas.

Background
Nevada State Parks: Old Las Vegas Mormon Fort, the first permanent, non-native settlement in the Las Vegas Valley, features the historic remains of an adobe fort built by Mormon missionaries along a spring-fed creek in 1855. The creek, the only free-flowing water for miles around, provided irrigation for fields and orchards and the 150 square foot outpost served as a way station for travelers. Today the park is located in what is now Downtown Las Vegas. In addition to the fort, which contains a multitude of historic artifacts, a Visitor Center contains exhibits and photos that illustrate the history of the site. 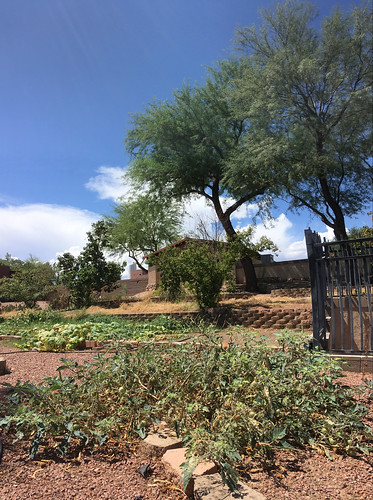