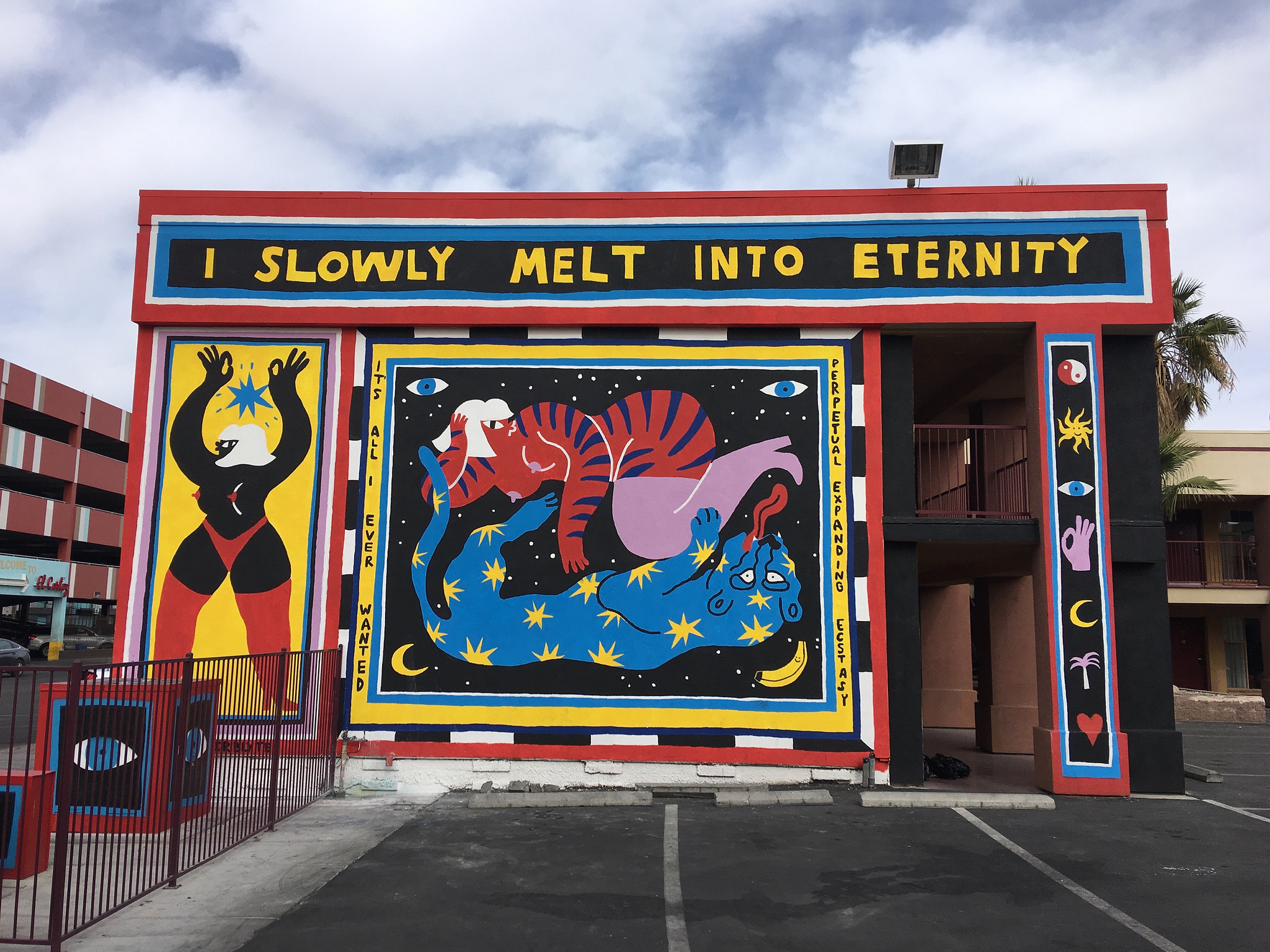 Las Vegas – America’s Party is the name of the free New Year’s Eve event held on the Las Vegas Strip put together by Las Vegas Events and the Las Vegas Convention and Visitors Authority. The party also encompasses the paid event held in the Fremont Street Experience.

Fireworks go off at midnight from the roofs of seven casinos, but the party begins much earlier with a 9pm telecast to coincide with the New Year in the Eastern Time Zone.

An unprecedented level of security is expected. About 330,000 people visitors are expected to celebrate.

Elsewhere on the Web
https://vegasexperience.com/nye

Planeta.com Challenge
Record a soundscape or share photos and videos of …
A city park
Seven Magic Mountains
Your favorite pinball machine
The bike share kiosk downtown. Bonus points for someone riding a bike