Skip to content
home Collaboration, Education Making the most of the #YearOfOpen

2017 was the Year of Open. Hands up, please for those who know what this means. Everyone else, please check out the oeconsortium and yearofopen.org
Hashtag: #YearOfOpen

​2002 – 15 years ago the term “Open Educational Resources” was created, the Budapest Open Access Initiative was launched and the first Creative Commons licenses debuted

2012 – 5 years ago the first Open Education Week and OER World Congress were held, leading to the Paris OER Declaration. 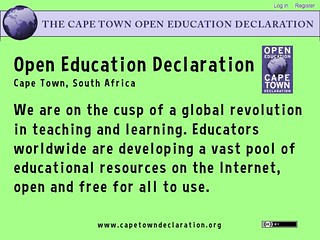 We applaud the pioneers and ask that we continue to work toward a more open culture. There is so much to be thankful. What these declarations and licenses means is a illuminated pathway toward collaboration and impactful communication. That said, I have a feeling that ‘open’ is always on the verge of becoming, rather than being the default. How to implement the Paris OER Declaration? Let’s ask teachers and students – what are your experiences?

If Open Education and Open Access are to become mainstream, they need to be part of timely discussions. For example, the hosts and organizers of events related to the International Year of Sustainable Tourism for Development can be asked what Open Access, Open Education resources are available.

Suggestions
How to celebrate the #YearOfOpen? By posting artwork and photos with attribution-sharealike license.

How to celebrate the #YearOfOpen? By posting artwork and photos with attribution-sharealike license. Example https://t.co/DLDchwvT1L pic.twitter.com/mTTxvRAVKs 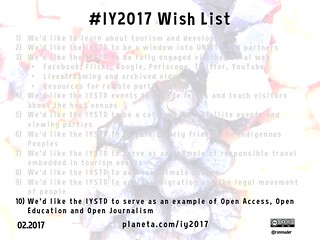 We can applaud and cheer on those whose work inspires in this #YearOfOpen.