A short, hour drive west from Mexico City takes you to the fresh air and the dense pine and oak forests of Desierto de los Leones, Mexico’s first national park.

Located in the 3,000-meter high mountains on the southwestern side of the valley, the abundant springs were the major water source for Mexico City and the dense forests attracted pilgrims and loggers alike.

The name of the park, which translates to ‘Desert of the Lions’ might appear misleading. If you’re looking for Lawrence of Arabia-type sands, you will be disappointed.

This is not a desert but an area named for its (one-time) inaccessibility. The Desierto is a pleasant retreat, made even sweeter by occasional Sunday concerts at the Carmelite monastery (completed in 1611) in the center of the park.

Cultural History
The Carmelites believed that they should worship in a house in the wilderness to honor their spiritual founder, Saint Elias as well as Santa Teresa de Jesus and San Juan de la Cruz.

The barefoot Carmelites took vows of virtue, isolation, poverty and silence. They built their convent — Desierto de los Leones, named after the Leones family who were the monks’ lawyers and spent almost 200 years paying homage to God in the wilderness.

As the centuries passed, Mexico City grew, so much so that the urban encroachment made the region not secluded enough for the spiritual pilgrims, so the monks moved to the town of Tenancingo, and the Desierto de Los Leones monastery became an “ex-convent” in 1801.

Natural History
The dense forests caught the eye of investors and in the 1880s Mexico City officials encouraged logging in the area – so much so that the excessive forestry caused a diminished flow from the springs that fed the Mexico City population. It was one of the clearest cases that deforestation had severe consequences in the country.

As a result, a few years later, when the Mexico City government auctioned off land in the Desierto, it was with the proviso that the buyers agreed to conserve the springs and not cut down trees protecting the underground watershed.

Such noble intentions did not go unchallenged, however. In 1914 Mexican president Victoriano Huerta proposed to convert the forest reserve into a casino operation. Huerta had various schemes – such as transplanting of trees from Mexico City streets to his ranch in the northern Mexico City district of Azcapotzalco – but this proposal of converting the park into a casino went bust amidst the bustle of the ongoing Revolution.

While the forests in this park and the Ajusco mountains in general still function as the lungs of Mexico City, they are not immune to environmental degradation. Prevailing wind patterns in the valley affect the forests and pollution contributed to a die-off of oyamel firs in Desierto de los Leones in the 1980s and 1990s. In 1996 government officials launched a new program called “S.O.S. Operation Desert” that combines reforestation programs, agroforestry, and new natural management techniques to boost the trees’ health. Woodpeckers have been re-introduced into the forests to help restore balance to the ecosystem. 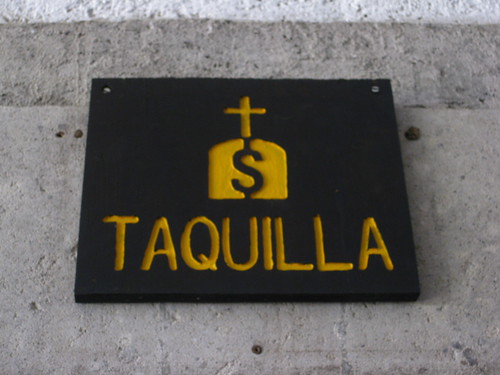 Inspired by happenings across the Pacific this month, specifically the Auckland Climate Festival @aklclimatefest #aucklandclimatefestival
🌏https://www.planeta.com/auckland-climate-2022

A call for transparency
Updating this year's collection of climate headlines
🌎 https://www.planeta.com/climate-2022