Wikipedia: The elk or wapiti (Cervus canadensis) is one of the largest species within the deer family, Cervidae, in the world, and one of the largest land mammals in North America and Eastern Asia. This animal should not be confused with the still larger moose (Alces alces) to which the name “elk” applies in British English and in reference to populations in Eurasia.

Photos
Though it’s uncommon for a female elk to have antlers, the unusual growth can occur due to hormonal imbalance. This generally occurs in older females. The antler set is referred to as eo-antlers. Credit: USFWS / Jessica Stirling, NER winter naturalist 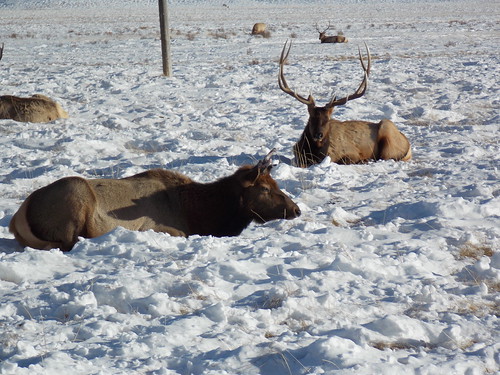