Wikipedia: The Himalayas is a mountain range in Asia separating the plains of the Indian subcontinent from the Tibetan Plateau. The Himalayan range has the Earth’s highest peaks, including the highest, Mount Everest. The Himalayas include over a hundred mountains exceeding 7,200 meters (23,600 feet) in elevation. By contrast, the highest peak outside Asia – Aconcagua, in the Andes – is 6,961 meters (22,838 feet) tall.

Outside/In: Tourism Spoils – Yardain Amron turns to 21st-century ecotourism, and explores just how much the Tirthan Valley is changing. Who profits from tourism based on exploring wilderness? And just how eco-friendly is ecotourism?

Are governance issues failing the Himalayas? – Future Tense – The Himalayas are a vital source of water for a large chunk of the world’s population. But the local, national and international systems put in place to protect and manage human development in this vital ecosystem are failing. 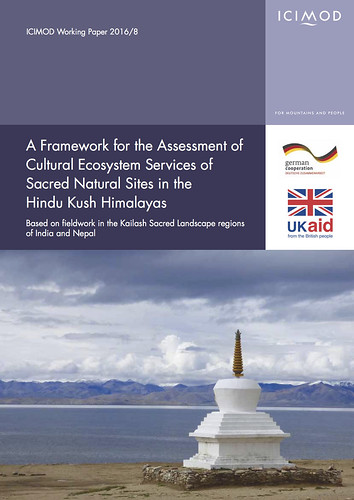