The East Ely Railroad Depot Museum focuses on the historical industrial development of Nevada as evidenced by the massive copper production in the area which began in 1900. Located in the historic Nevada Northern Railroad Depot building, the museum interprets mining and transportation heritage. The museum is Nevada’s newest National Historic Landmark. This fifty-six acre complex consists of over 70 buildings and structures, operating steam locomotives, over 60 pieces of antique railroad equipment, thirty miles of track along with the corporate paper record of the railroad.

The Ely Film Festival was established in 2020 to celebrate Eastern Nevada through its rich film history while showcasing current works filmed in or highlighting the Great Basin area. elyfilmfestival.com
sponsors
Youtube
@elyfilmfestival

Ward Charcoal Ovens Nevada State Historic Park: Perched in the Egan Mountain Range in eastern Nevada, Ward Charcoal Ovens State Historic Park is a scenic, forested retreat. The park features six beehive shaped charcoal ovens that were used from 1876 through 1879 to help process rich silver ore that was discovered in the area. Once mining ended, the ovens were used to shelter travelers and even had a reputation as a hideout for stagecoach bandits. 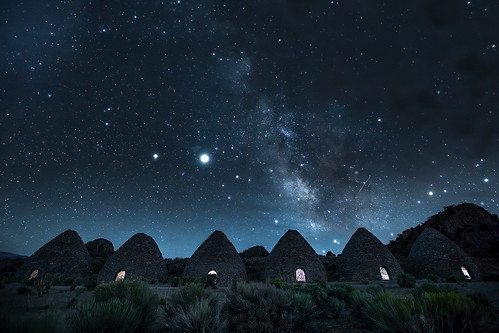