Wikipedia: The Mississippi River is the chief river of the second-largest drainage system on the North American continent, second only to the Hudson Bay drainage system. The stream is entirely within the United States (although its drainage basin reaches into Canada), its source is in northern Minnesota and it flows generally south for 2,320 miles (3,730 km) to the Mississippi River Delta in the Gulf of Mexico. With its many tributaries, the Mississippi’s watershed drains all or parts of 31 U.S. states and two Canadian provinces between the Rocky and Appalachian Mountains. The Mississippi ranks as the fourth-longest and fifteenth-largest river in the world by discharge. 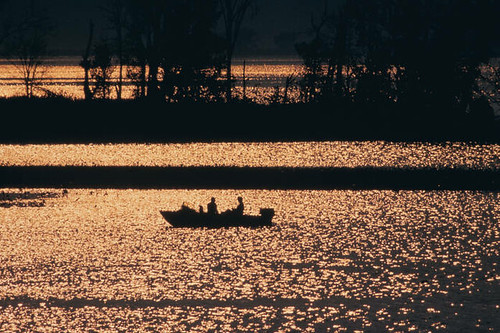