The pronghorn (Antilocapra americana) is a species of artiodactyl (even-toed, hoofed) mammal native to interior western and central North America

We love wildlife crossings! This wildlife crossing over Highway 191 in Wyoming provides safe passage for pronghorns and other wildlife. According to the state, wildlife-vehicle collisions have been cut by more than 85% by the crossing. pic.twitter.com/hNU4HmGt8k

Pronghorn, 2nd fastest land animal in the world after the cheetah & fastest in North America, is sometimes referred to as an antelope or deer but is more closely related to a giraffe. The endangered Sonoran subspecies is threatened by new border wall. pic.twitter.com/UAPQPQq4BP 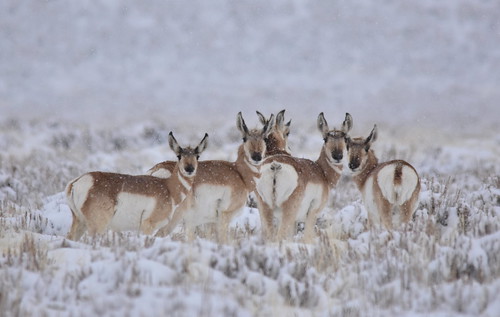