What would locals like others know about the Northern Territory? Presenting relevant links in a somewhat random fashion:

Larapinta Trail: Fees to be introduced as popularity of remote Aussie hike surges

labor-wins-nt-election-in-landslide
Indigenous corporation wins $65m bailout over Ayers Rock Resort
Crocodiles to weather events: The long list of potential killers awaiting you in the Northern Territory
Push for private resorts in Northern Territory parks to attract more visitors
‘Nothing is impossible to those who see the invisible’
Greater consistency needed to protect sacred sites
http://blogs.crikey.com.au/northern/2013/03/31/mucking-about-with-planes-and-light
http://www.afar.com/travelers/ethan-gelber/wanderlists/australias-northern-territory

Recommended Listening
Dogs have dreaming: pet ownership in Yuendumu – If you think no-one owns or loves the free-roaming camp dogs of Yuendumu, you’d be wrong.

Territoriana: Flag – There are many things that set Territorians apart, and somewhere up the top of the list is their flag. It’s both well-designed and really progressive, and incredibly popular too.

NT Centenary: race relations – On the first day of 1911, the Commonwealth took control of the Northern Territory. The town we now know as Darwin was founded in 1869. A few years later with the completion of the Overland Telegraph line Darwin was linked to Adelaide and the southern part of the continent. It’s estimated that around this time the population ratio of Aboriginal people to non-Aboriginal people was 20 to 1. The relationship between the two groups over the past 100 years created a distinct chapter in Australia’s history.

Red dust travelers – outback travel has become now a rite of passage for young and old, an adventure from which many people define their Australianness.
No ordinary piece of bush: the high price of Coronation Hill – The fight over mining at Coronation Hill was fought by Aboriginal people and mining interests, politicians and environmentalists, lawyers and anthropologists.

The rivers project – We’re winding our way today along two kinds of river: the real river and its environment and people, the Daly River in the Northern Territory; and the imagined or remembered river.

Fairweather’s Darwin – In 1952 artist Ian Fairweather built a raft from post-war rubble he found on Darwin’s Dinah beach. Three aircraft drop tanks gave his alarming contraption just enough buoyancy to make it across the Timor Sea. It was a completely bizarre journey that captured the imagination of a generation and marked Darwin forever.

Gawurra – Gawurra is the latest singing sensation from the Northern Territory. His brand new album is Ratja Yaliyali.

Recommended Viewing
No Accounting – The Jawoyn people of the Northern Territory own and manage some of Australia’s most picturesque and archeologically rich landscapes. Granted a history-making land title claim centred on the famous Katherine Gorge, the Jawoyn Association set up tourist ventures and negotiated mining royalty deals. For many it was seen as a role model for self determination in action. But three years ago the Association’s financial position began to crumble. Last year it came close to insolvency. The question is why?

Parks
Indigenous Protected Area in the NT is the largest piece of land ever put aside for conservation in Australia.
http://www.australiangeographic.com.au/journal/tanami-desert-indigenous-reserve-bigger-than-tasmania.htm
Huge national park declared in Northern Territory

Yothu Yindi’s Tribal Voice – In 2001, Yothu Yindi’s ‘Treaty’ was named one of the top 30 Australian songs of all time. But how much do we know about the song and its many layers of meanings? Aaron Corn from the Australian National University has worked closely with the band, and he explains the sacred Yolngu traditions of northeast Arnhem Land that underpin many of Yothu Yindi’s songs.

http://www.cdu.edu.au/laal
The Living Archive of Aboriginal Languages is a digital archive of endangered literature in Australian Indigenous languages of the Northern Territory.
This is a living archive, with connections to the people and communities where the books were created. This will allow for collaborative research work with the Indigenous authorities and communities.
Click on the map to enter the archive.

Katherine
Katherine is located 320 kilometers (200 miles) southeast of Darwin and 1185 kilometers (736 miles) from Alice Springs. Often called the ‘Crossroads of the North’ because of its location, Katherine is the fourth largest town in the Northern Territory and is located 312 km southeast of Darwin on the Katherine River , which flows down from the Katherine Gorge (Nitmiluk National Park).
http://en.wikipedia.org/wiki/Katherine,_Northern_Territory
Katherine Town Council
The Katherine Regional Tourist Association
http://www.bom.gov.au/climate/averages/tables/cw_014903.shtml
http://www.katherine.nt.gov.au
http://en.travelnt.com/explore/katherine.aspx
http://www.visitkatherine.com.au
http://www.abc.net.au/katherine
Katherine Gorge

Maningrida
Maningrida is located 500 kilometers east of Darwin and 300 kilometers north east of Jabiru. It is on the North Central Arnhem Land coast of the Arafura Sea, on the estuary of the Liverpool River. Maningrida is one of the only Aboriginal communities that didn’t begin life as a mission station. It’s about 300 kilometres east of Darwin and is nestled right on the edge of the Arafura Sea. It has an Aboriginal population of about 900 in the dry season, which increases to 1200 in the wet and there are at least 8 language groups at Maningrida; in fact some would put the estimate at 16 language groups. The community at Maningrida has a long history of trade with Indonesia and its’ art gallery features some of Australia’s best artists.
CLASSIC LNL: Maningrida
http://www.maningrida.com
http://en.wikipedia.org/wiki/Maningrida,_Northern_Territory
http://en.wikipedia.org/wiki/Arnhem_Land

Papunya
Papunya is located about 250 kilometers west of Alice Springs in the Northern Territory.The principal language spoken at Papunya is Pintupi-Luritja, with Warlpiri, Arrernte and English being widely used as second languages. Papunya is well known as the birthplace of the Western Desert painting movement and is one of the most Lutheran towns in Australia. Papunya is on restricted Aboriginal land and requires a permit to enter or travel through.
http://en.wikipedia.org/wiki/Papunya,_Northern_Territory
http://www.aboriginal-art.com/desert_pages/papunya_intro.html

Tourism Industry
Indigenous Tourism Development
The development of indigenous tourism products and experiences is a core part of Tourism NT’s overall approach to tourism development. Indigenous people make up one third of the Territory’s population, own approximately half of the land in the Northern Territory and own a majority of the national parks that are jointly managed between government agencies and traditional owners. As such, indigenous people are essential stakeholders in developing tourism in the Northern Territory.

Quotes
If you respect the land, then you will feel the land. Your experience will be one that you cannot get anywhere else in the world.
Brian Baruwei, Kakadu National Park

We’re born in Kakadu, we live it. We want to share it with you!
– Slogan: Kakadu Culture Camp

Territory Trails Podtours
Explore the Northern Territory at your own pace with ABC Local Radio’s Territory Trails. Download your free podtour (podcast with a tour!) and immerse yourself in the landscape, history and culture of this unique part of Australia. @783Alicesprings

Stone Country Festival
The community of Gunbalanya (Oenpelli) in western Arnhem Land, through its traditional Aboriginal owners, welcomes visitors to spend the day in their community and share in the many activities taking place. Gunbalanya is located 320 kilometres east of Darwin and can be accessed via Kakadu National Park.

The Stone Country Festival is an annual event including cultural dancing, scenic flights, painting and weaving demonstrations. Other highlights are a tour of Injalak Hill to view ancient rock art, some of which have been dated at 20,000 years old, and a concert of contemporary Aboriginal music in the evening.

The normal permit that is required to enter Arnhem Land is waived for the Festival and visitors are invited to camp the night, as long as you depart on Sunday morning. Please note that no alcohol can be brought into the community and an entry fee is charged for each vehicle.
http://stonecountryfestival.com
http://www.travelnt.com/kakadu-and-arnhem-land/events/stone-country-festival.aspx
http://www.australiasoutback.com/kakadu-and-arnhem-land/events/stone-country-festival.aspx

Plastic
The NT Government introduced a ban on single use plastic bags. They are the second government in Australia to introduce such a ban. 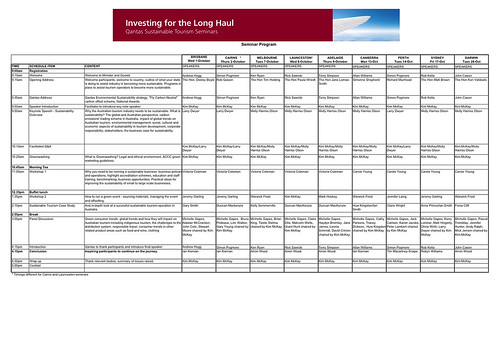 One of our fave radio programs comes to an end. Kudos @jones_ann @joelwerner @RadioNational for a decade of outdoor audio treks from Australia #RNOffTrack

Updating our coverage of Tonga
🌏 https://www.planeta.com/tonga

Petrichor = The pleasant smell that accompanies the first rain after a dry spell
🌏 https://www.planeta.com/petrichor
Thanks @CSIRO