Research
The (im)possibilities of doing tourism otherwise: The case ofsettler colonial Australia and the closure of the climb at Uluru – Phoebe Everinghama, Andrew Peters, Freya Higgins-Desbiolles

Traditional owners have been asking visitors not to climb Uluru since the 1985 handback and signs requesting people reconsider climbing have been in place at the base of the climb area since 1992. 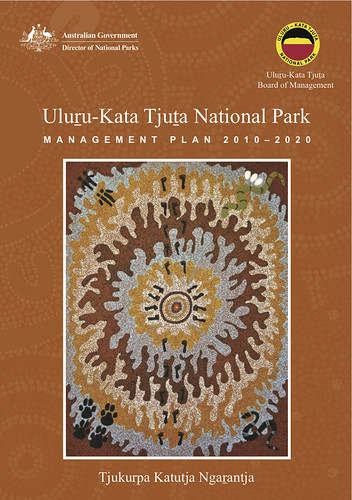 Headlines: Referendum Convention
In May the Referendum/National Constitutional Convention held its meeting in Uluru

Climbing Uluru and the sensitivities of tourism – We discuss what happens when sites of local significance become world famous tourist attractions. Who wins and who loses and what is at stake?

Our Spirit Becomes One – Documentary made for the tenth anniversary in 1995 of the handback of Uluru to the Anangu traditional owners. In the first program, Our Spirit Becomes One producer Ursula Raymond speaks with traditional owners and investigates the political drama, heightened by the Northern Territory Government’s opposition to the handback. This program won the 1995 Louis St John Johnson Memorial Award for radio journalism.

Red Dust Travelers – Central Australia, the Red Centre, has loomed large in our history, and in our psyche. The desert has often been considered a place to be feared, but it has also attracted curious travellers. Across one decade from 1950 to 1960, suburban Australians first began to venture inland, along dirt tracks into the toughest desert country.

To climb, or not to climb? – Uluru is sacred to the Anangu, the local indigenous people who are responsible for the land. They ask you not to climb through signs and information at the cultural centre. However the choice is yours and the climb itself is only closed in adverse weather or if the Anangu need it for ceremony.

Sense of Place: Stephen Page on Uluru – The creative director of Bangarra shares how Uluru informs his creativity

Tours
Voyages Indigenous Tourism Australia is owned by the Indigenous Land Corporation (ILC) and handles tourism and resorts on their behalf. “With a strong commitment to social responsibility, all profits from our business activities go towards supporting the ILC’s Indigenous programs across Australia.”

‘panyatja’ = ‘not present, but as still obvious in memory or consciousness’. It is pronounced ‘pa-nya-tja’

Additional Features
Traditional owners buy $300m Uluru resort – The Ayers Rock Resort at Yulara in central Australia has been sold to the Indigenous Land Corporation (ILC) for $300 million. The ILC has announced that contracts have been exchanged with The General Property Trust group to buy the entire resort. The resort, about 450 kilometers south of Alice Springs, includes five hotels, a campground and an airstrip, and employs 670 staff.