Planning your trip along the historic Route 66? Planeta.com is updating our city and state guides along the Mother Road, aka Main Street of the USA, and beginning an index of favorite places.

Podcast
Route 66 Roadtrips – Roger Taylor tells the story of the strangest, quirkiest, and most fun town you’ll find on all of Route 66. It’s an adventure just to get there as you travel the Mother Road at its steepest, curviest, and most perilous.

Background
Route 66 spanned more than 2,400 miles (3,862 kilometers) and ran through eight states. The “Mother Road” was created in 1926 after the Bureau of Public Roads launched the nation’s first federal highway system, bringing together existing local and state roads from Chicago through St. Louis to Los Angeles.

Albuquerque is home to the longest urban stretch of Route 66. Officials are planning to construct a new Route 66 Visitor Center in the city. Land has been purchased on West Central at the apex of Nine Mile Hill. 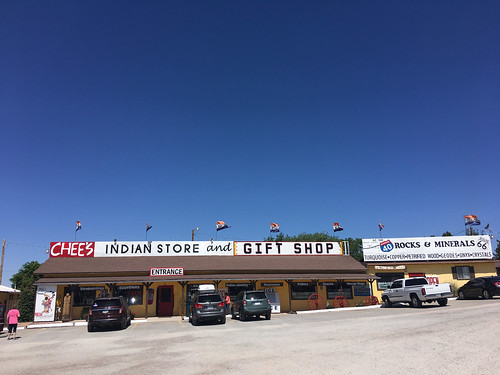 Wikipedia: U.S. Route 66, also known as the Will Rogers Highway and also known as the Main Street of America or the Mother Road, was one of the original highways within the U.S. Highway System. US 66 was established on November 11, 1926, with road signs erected the following year. The highway, which became one of the most famous roads in America, originally ran from Chicago, Illinois, through Missouri, Kansas, Oklahoma, Texas, New Mexico, and Arizona before ending at Santa Monica, California, covering a total of 2,448 miles (3,940 kilometers). –